Home > News > Off Season Is On Season For Young Eagles’ Women

Off Season Is On Season For Young Eagles’ Women

On the back of a hugely successful 2022, there’s been little let up for some of the Eagles’ most promising young women’s players as they look to take it up a notch in 2023.

Some high intensity sessions and the addition of several key new players has bolstered the squad currently managed by former NPL Women’s coach Jeremy McGoogan and veteran Nerang Eagles stalwart Michael Opie — and they have their sights set on oven more silverware for the club’s cabinet.

With fields at Glennon Park reopening in the coming days, it’s a welcome relief for the club’s many teams seeking pre season training space including our Women’s teams. 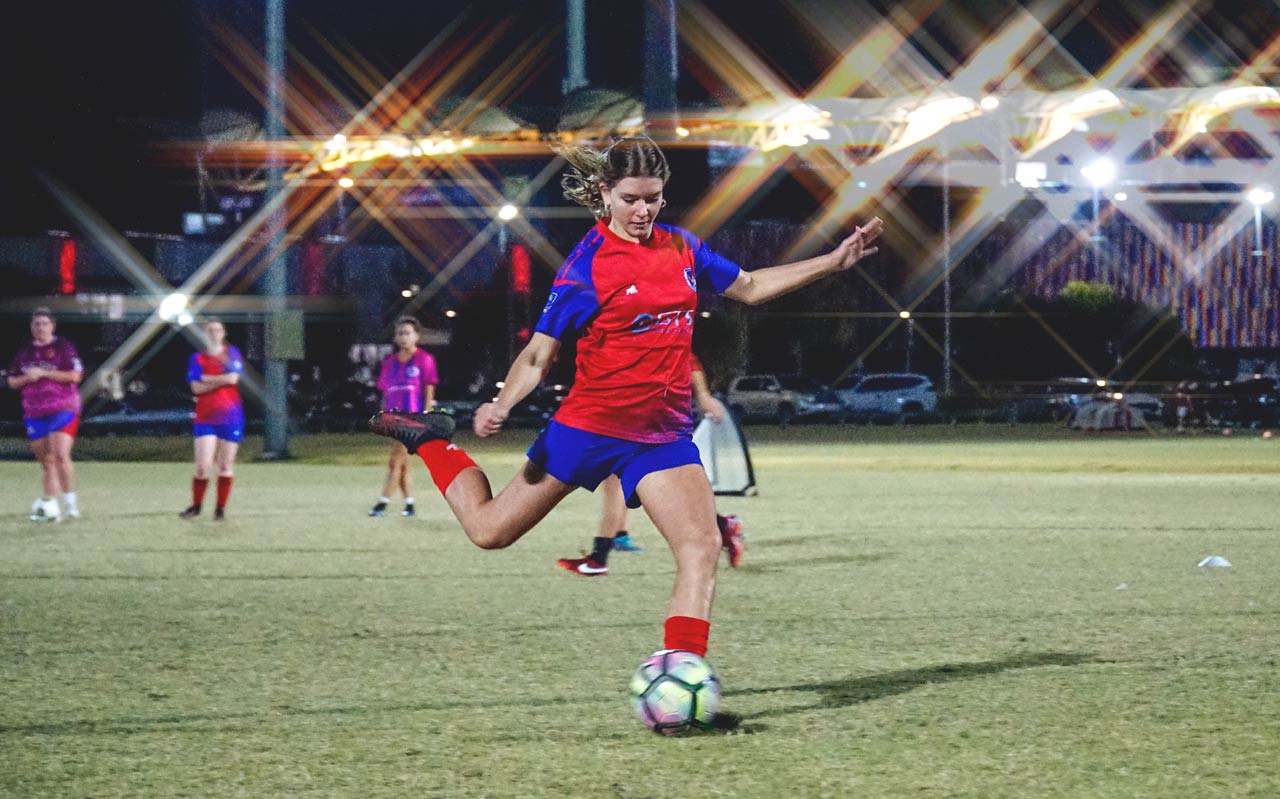 2022 heralded one of the biggest years for women’s football in the 50-year history of the club, with multiple teams featuring some of our youngest through to masters-aged players all demonstrating that Nerang is arguably one of the most prominent forces in local women’s football on the Gold Coast right now.

Michael Opie says there’s growing excitement and confidence in their camp as they edge closer to their first pre-season friendly at the end of January.

“Off season’s been great and all of the women are looking forward to the challenge of playing Div One this year,” he said.

“We’ve been pushing a little harder each session, and can’t wait to get out on the fields again at Glennon Park and continue or preparations for the 2023 season ahead.

“We’ve had a couple of new players come into the squad and the return of a couple of quality players as well, which has really strengthened the capabilities of our group.” 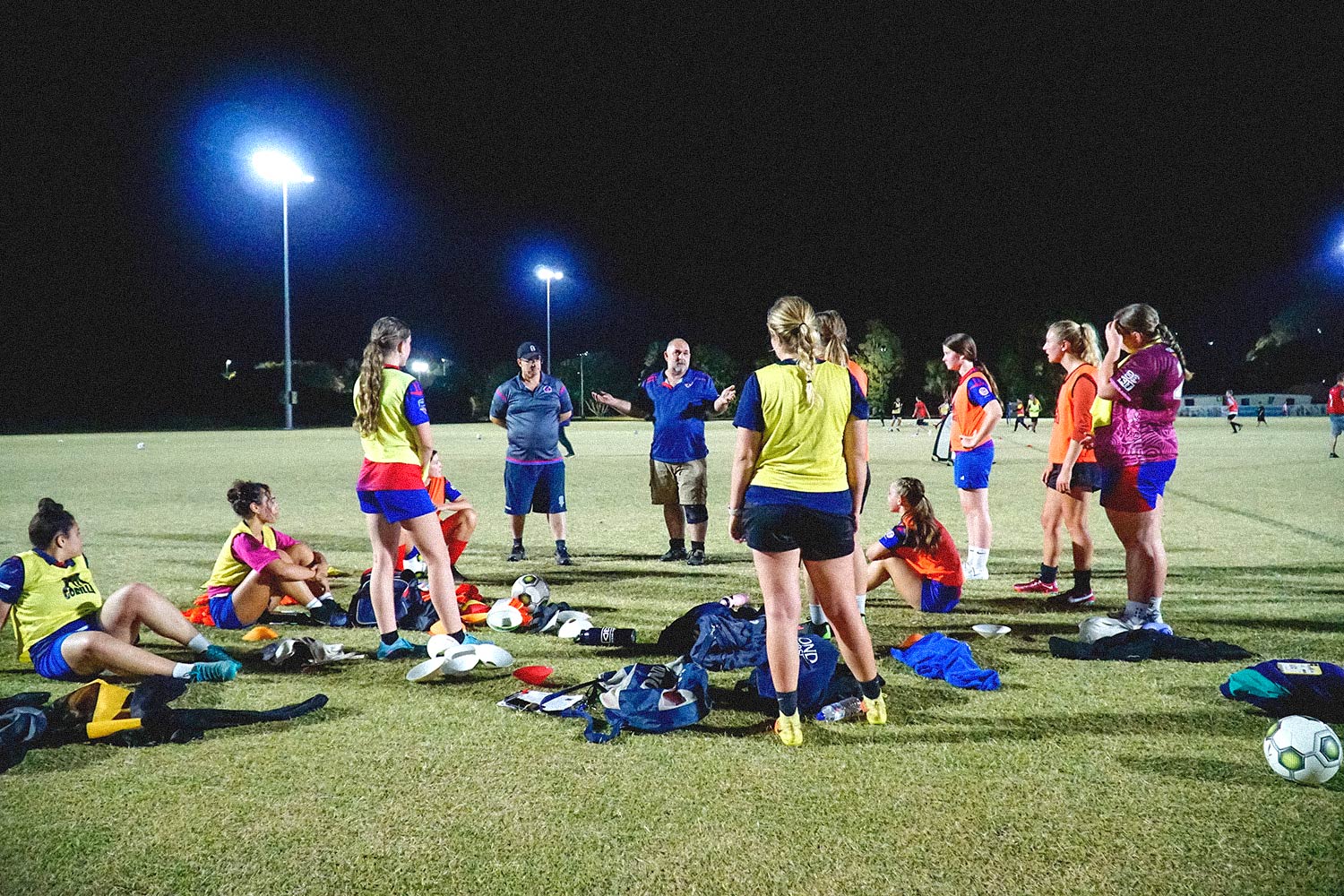 Opie and McGoogan’s younger side stunned the Division Two competition in 2022, taking out the grand final despite fielding a team of women mostly who were still eligible for the youth ranks, and for the team and coaches it’s only a natural progression that they take next step and take on the Division One competition in 2023.

“We have our first trial game at the end of January with hoping to schedule a couple more matches in before the season starts, so we are ready to go.

“The target for the year is a top-four finish, pushing for top two and a final of course, but the main aim is to continue developing this talented young squad to remain a strong force at Nerang for some time, and a push for the FQPL3 Women’s competition in the near future. 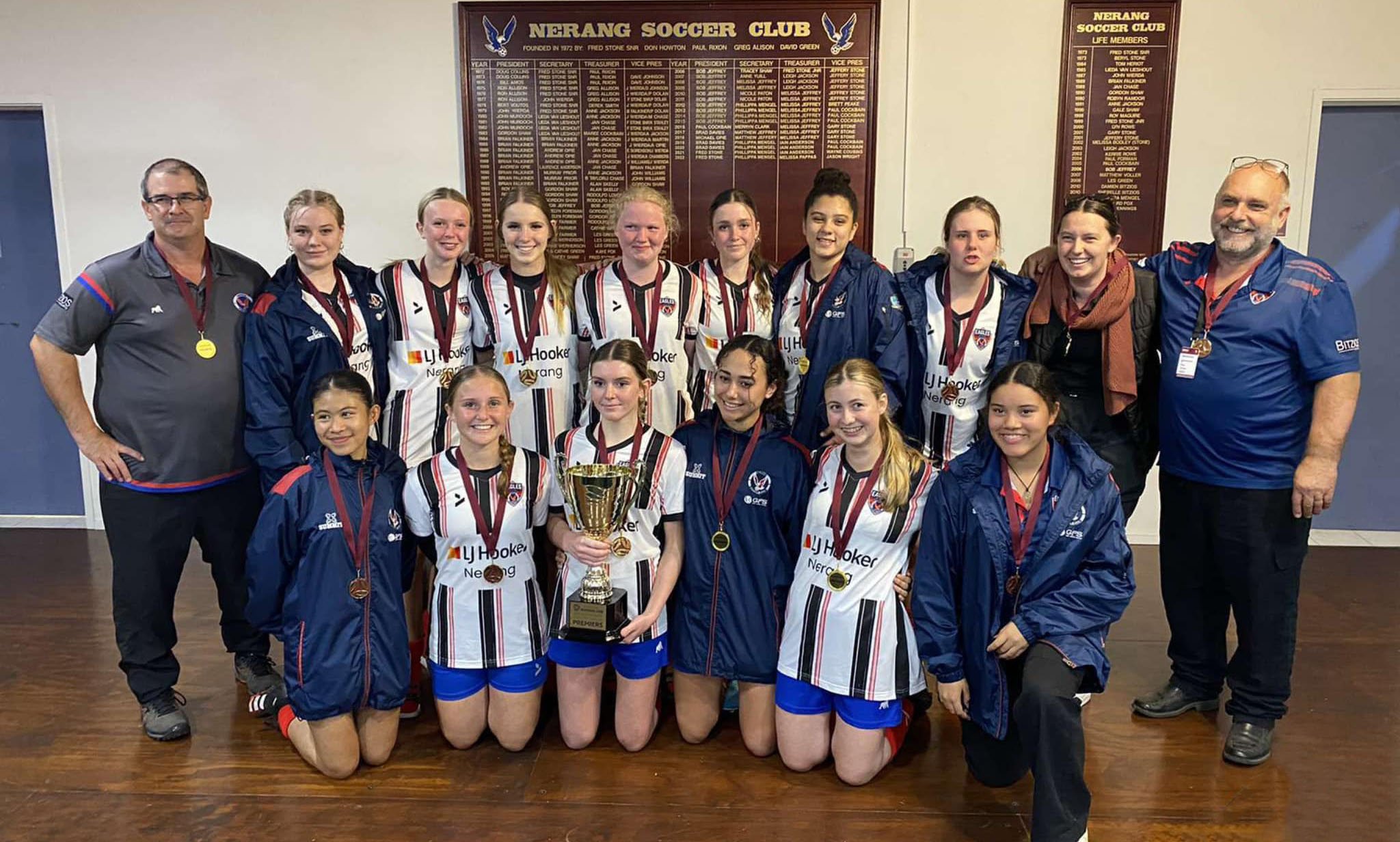 The girls bringing in the silverware in 2022 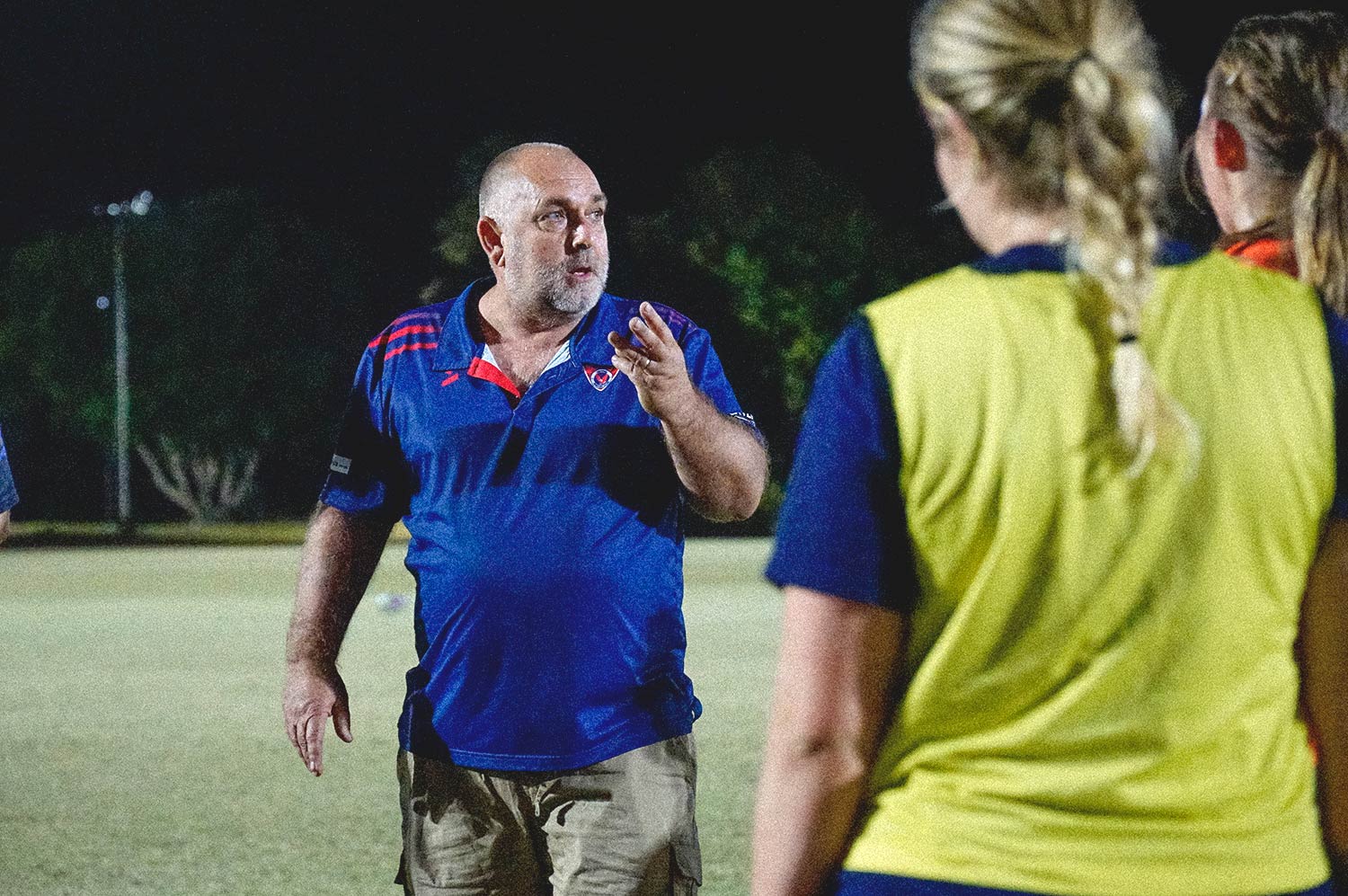 “Right now our biggest challenge has been just trying to get field space for off season and trials — we would love a couple more quality players to help either build the strength of the Division One Women’s team and also build within our Division Two team to grow the depth of the squad.

“Honestly, there’s few places like Nerang right now in terms of local women’s football, and the opportunities and rewards are here for player’s willing to jump right in and show what they’re made of.”

Player’s wishing to get involved in these up-and-coming squads please get in tough ASAP with Michael on 0406 030 699 or email michaelopie71@gmail.com 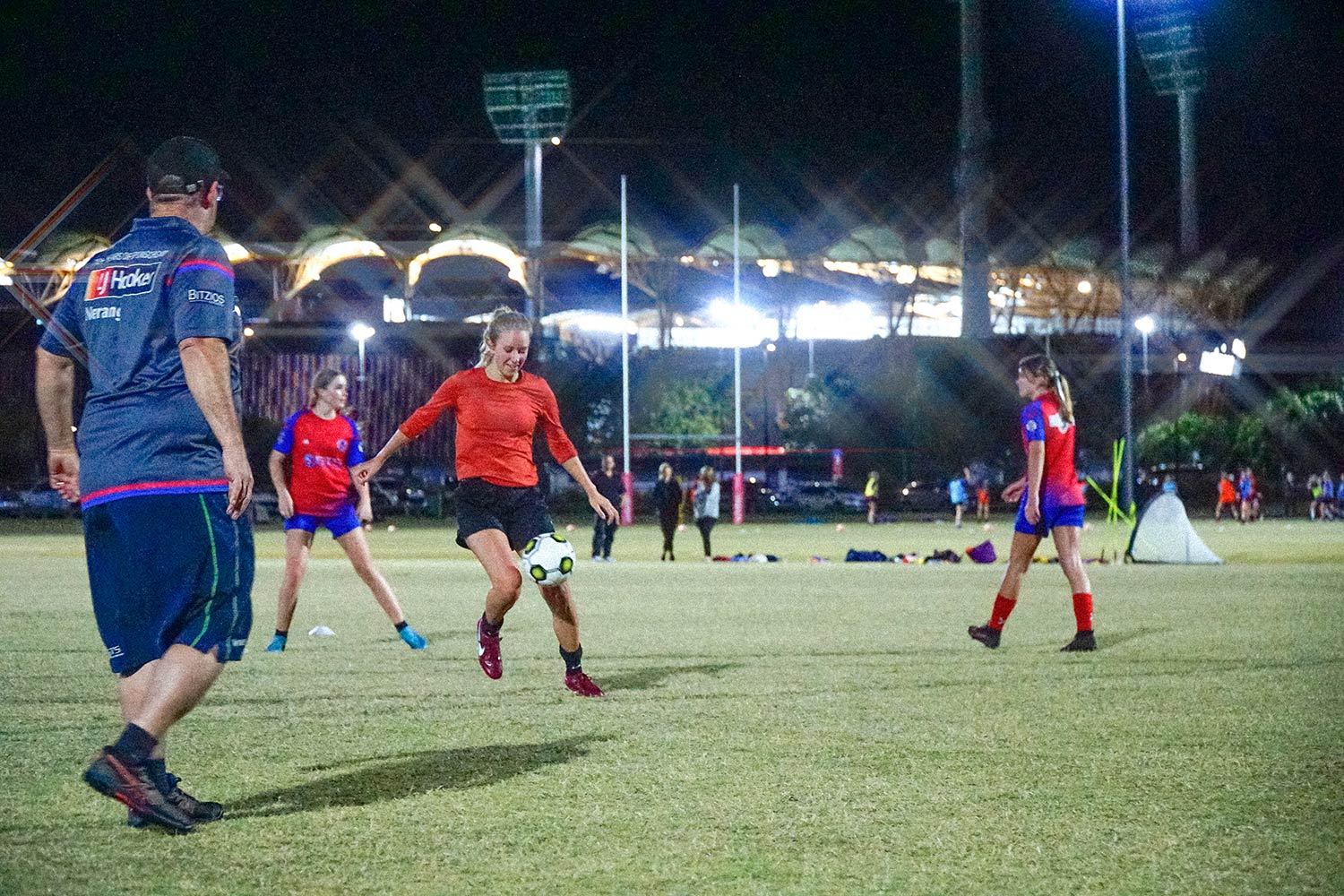 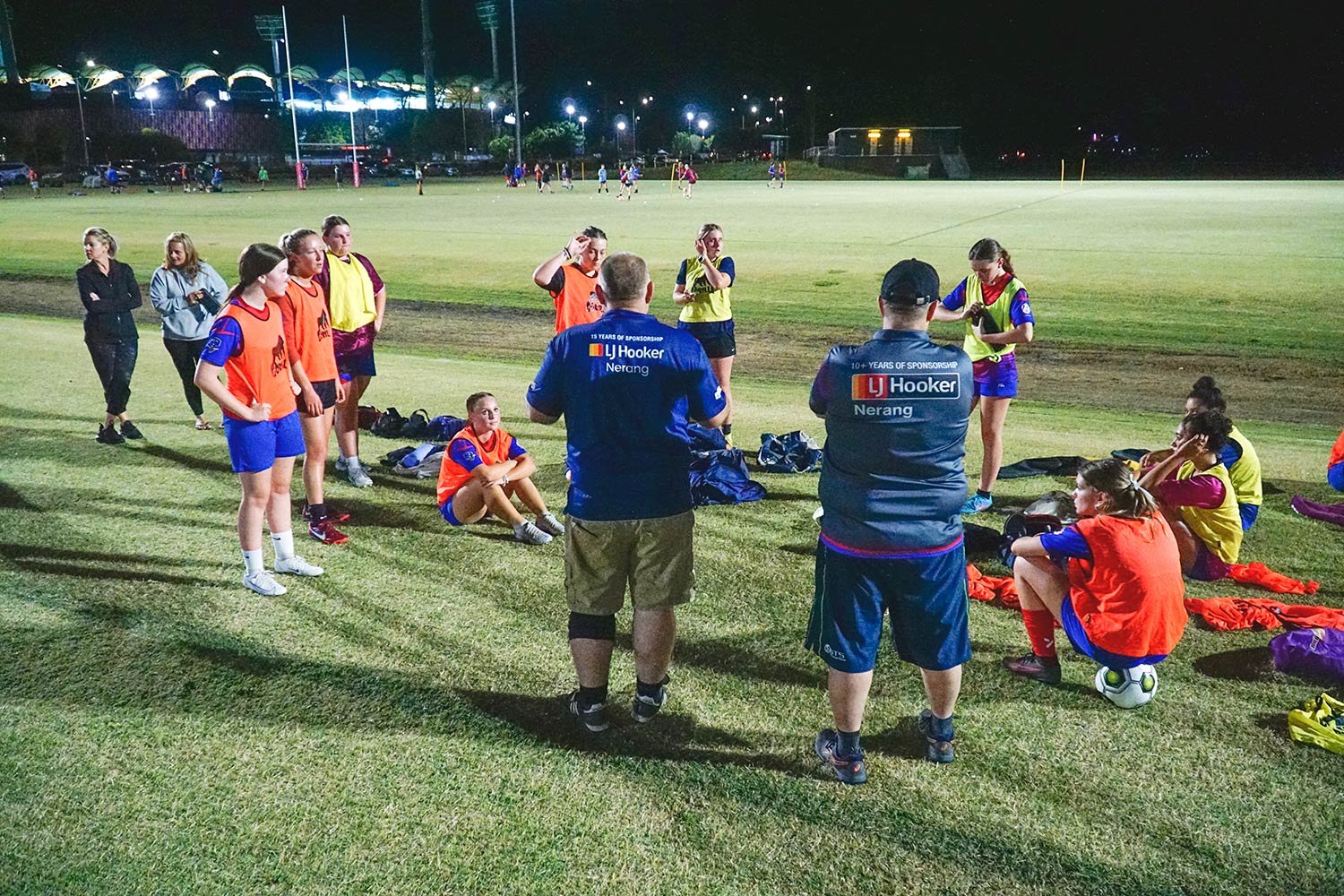